The project started out with a user interview to create a persona we could base our design on. My interviewee was a Boulderite in his mid 20’s with two main focuses in life Skiing and School. During the week he can mostly be found sitting behind his computer focusing on school. 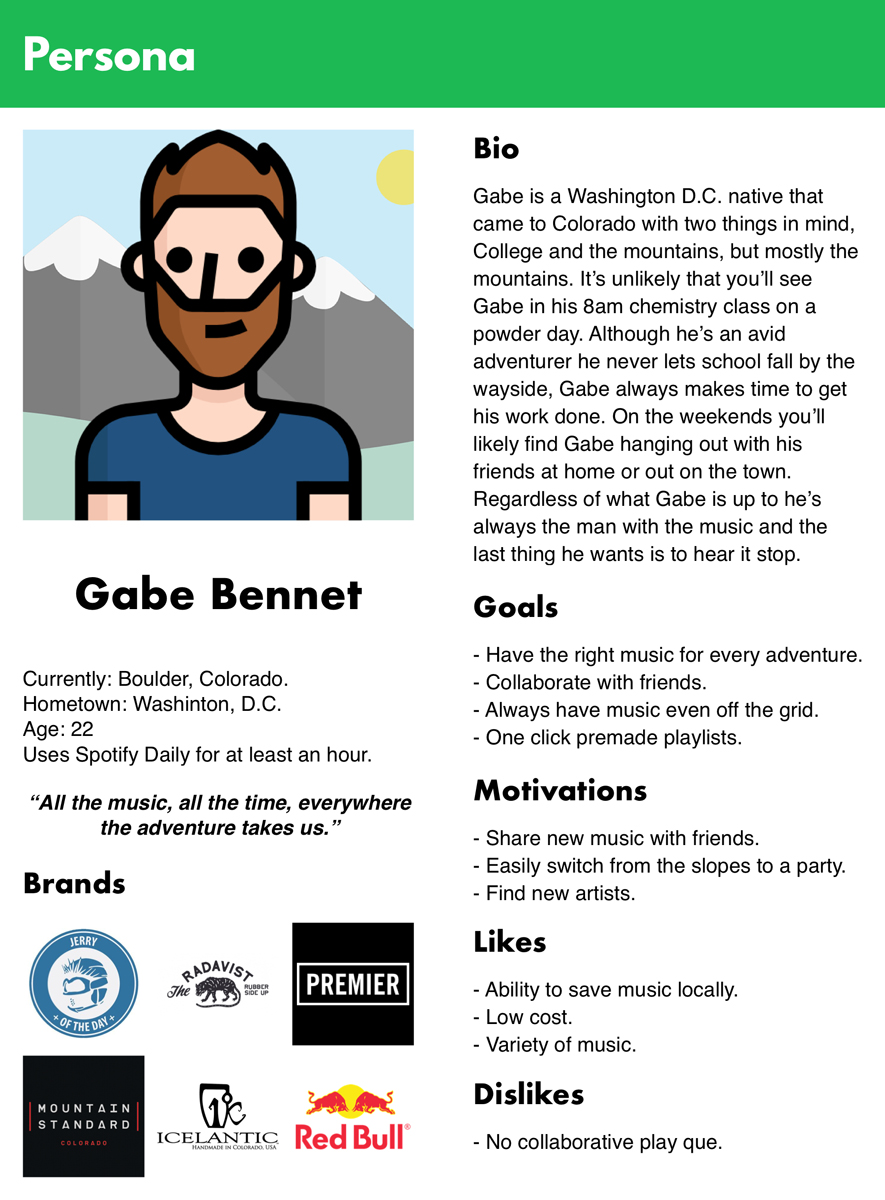 My user persona for my interviewee.

Once I had developed a persona to work around it was time to start developing ideas. It was very important to my user to have his music with him all the time and not have to be constantly messing with it. The guiding principle in my design thinking was minimalism and simplicity. The current Spotify app is great for finding new music and searching through their massive catalog but it’s interface is not the easiest to work with when moving about or distracted.

One of the main things I learned from sketches below is that my design was still too complicated. I was trying too hard to dull down the current design rather than create something totally different to achieve my goal.

Early sketches of the app.

After developing my ideas in sketch form and receiving feedback from both my user and people similar to him I moved into the digital design realm to start bringing my designs to life. It was at this point where I really began to implement Spotify’s brand guidelines to create an app that looked like something Spotify would roll out themselves. 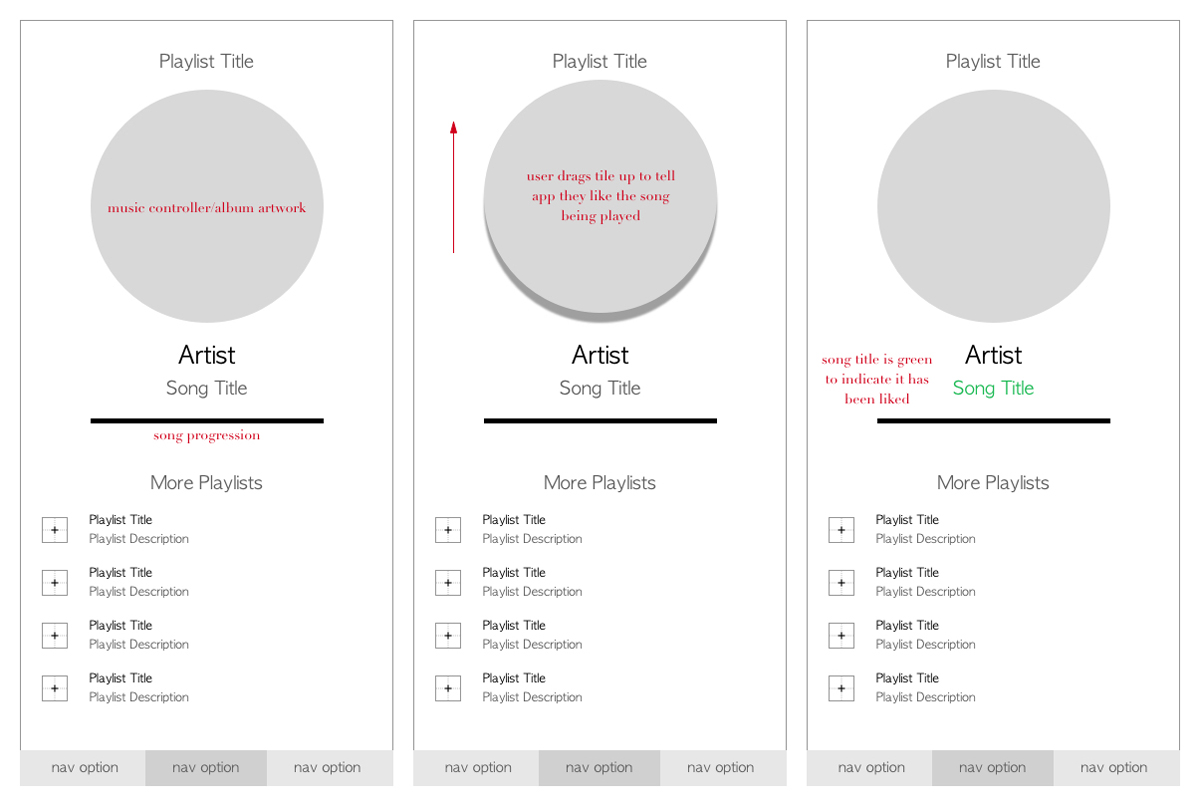 An example of the functionality of the app.

Once I had created and refined upon my digital mockups it was time to start creating collateral around the app such as banner ads and a promotional website. Part of the challenge of doing this was to differentiate Spotify Go from Spotify without feeling off brand.

An ad for the spotify go wearable app. 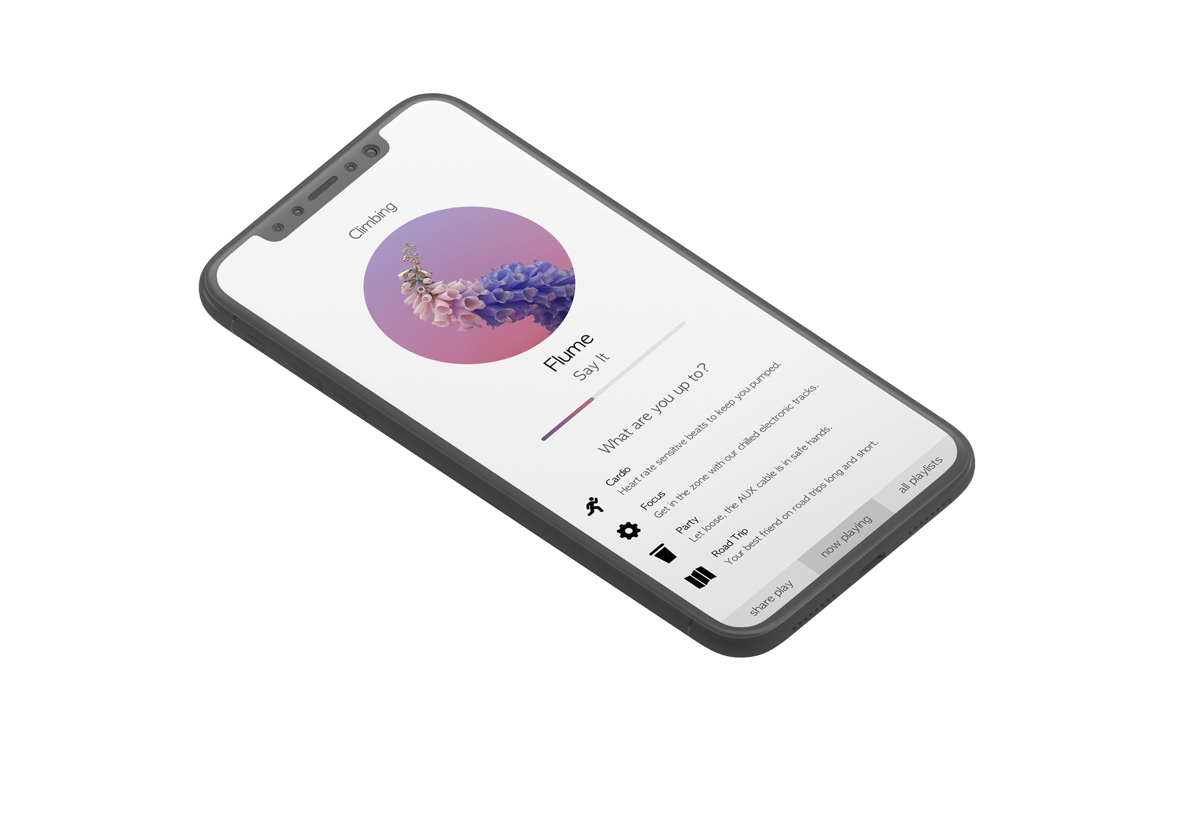 A mockup for the app

By partaking in every step of the UX process like interviewing, iterating on designs and developing a campaign/collateral for the project in a tight time frame I got a taste of what it is like to work in a fast paced UX design environment. This was also a great time to expand on my knowledge of sketch, I came into this project feeling pretty confident with the software but by challenging myself to use symbols as much as possible I really began to understand it at a deeper level.

Another thing I don’t get to do outside of projects like this is direct user interaction. For many of my projects I don’t have the opportunity to test on real users or even if I do there may not be the lattitude to make any significant changes. By having a project that was specifically targeted at one person I was able to get great experience in human centered design.